Youth group is open to anyone in grades 7-12.

WHO WE ARE | MISSION STATEMENT:
Our goal is to help youth to befriend Christ and understand the teachings of the Catholic Church. We strive to build friendships and community by learning together and having fun.

We are Katrina and Justin Jeanson and we have been youth ministers of Lorette Parish for the last 6 years. We have been married since 2016 and have 2 sons with another babe on the way. We have both been involved in different forms of ministry for a combined total of 22 years. We love ministering together and sharing our faith with the next generation. Outside of youth group we like to play board games, host friends and family at our house and spend time outside. Our goal for the youth is to have them know and understand who Jesus is and what the Church teaches through talks, games and prayer. 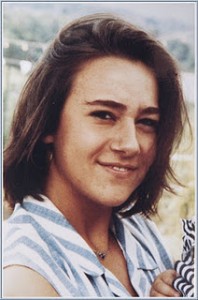 Blessed Chiara was born in 1971 , in Sassello, Italy. She was an average girl who liked to sing and play tennis. She even failed math one year. She never did anything “big” like found a hospital or religious order, but she went to Church regularly and tried to love God and live the Gospel in her life.When she was 17 a sharp pain in her shoulder was diagnosed as osteosarcoma, an aggressive bone cancer. The prognosis was grim and Chiara Luce struggled to say “yes” to this will of God for her, but she did. Each time a new, painful treatment was performed she would say, “For you, Jesus; if you want it, I want it too!”

After two years and the loss of the use of her legs it became clear that Chiara Luce wouldn’t survive. Despite her pain she refused morphine so that she could remain lucid and offer all her suffering up to Jesus. She encouraged her parents to go out to dinner together, trying to prepare them for life after her death. Paralyzed in her bed, she kept loving. In October 1990, Chiara Luce died at home. She was beatified in 2010. 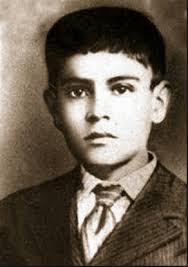 José Luis Sánchez del Río was born on March 28, 1913,[3] in Sahuayo, Michoacán.
When the Cristero War broke out in 1926, his brothers joined the rebel forces, but his mother would not allow him to take part.  The boy insisted that he wanted the chance to give his life for Jesus Christ and so come to Heaven easily. They finally allowed José to become the flagbearer of the troop.
During heavy fighting on January 25, 1928 the government troops captured the boy and imprisoned him in the sacristy of the local church. They ordered him to renounce his faith in Christ, under threat of death. He refused to accept apostasy.
In prison, José prayed the rosary daily and wrote an emotional letter to his mother, saying that he was ready to fulfill the will of God to whom he dedicated himself. His father attempted to raise a ransom to save him, but was not able to appease the government in time to do so, thus failing to secure the release of his son.
On the evening of February 10 they cut the bottom of his feet and obliged him to walk around the town toward the cemetery.  At times they stopped him and said, ‘If you shout, “Death to Christ the King” we will spare your life’. José would only shout, ‘I will never give in. Viva Cristo Rey! He was shot and killed for love of Christ. He was declared a Saint in 2005.